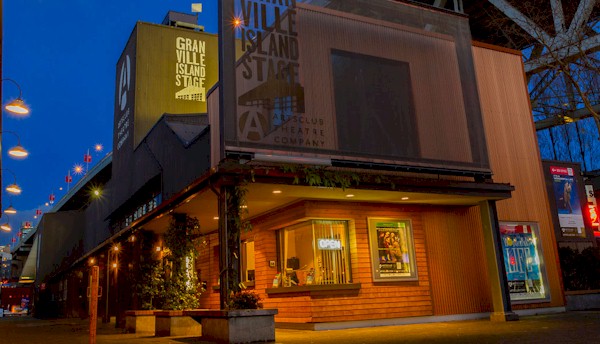 In this critical and crucial time we live in where the oppression and current societal stigma of many has a major impact and cause for concern of the future generations; as an aid to help build and rebuild confidence, vitality, expression, community, and trust, The Arts Club Theatre Company in collaboration with SAGE Foundation will be hosting a menu of theatrical educational programs for all ages starting in the Fall 2020.

The Arts Club Theatre Company was founded in 1958. It is a Canadian professional theatre company based in Vancouver, British Columbia and is the largest urban not-for-profit theatre company in the country and the largest in Western Canada. In addition to theatre presentations, the company offers educational programs and unique events.

In the words of William Shakespeare (1564-1616) and curated into a poem by Ben Jonson (1572-1637) ‘not of an age, but for all time’ we can truly say 450+years later that theatrical plays are still very much an integral part and best showcase to narrating and portraying stories of the many aspects of life in its simple to complex nature.

Both Shakespeare and Jonson were English play-writes, poets and actors in their time of the16th Century and today as we find ourselves so much more advanced and in the 21st Century the ultimate forum and platform for expression has not changed.

If you have a passion and love of the performing arts and stage is your dream or you would simply like to learn more about stage craft and its vast technical side; opportunities to participate and be active in The Performing Arts is widely available.

‘All the world’s a stage and all the men and women merely players. They have their exits and their entrances; And one man in his time plays many parts.’- As you like it Act 2, Scene7

Information about The Fall 2020 Educational Programming will be shared in the coming weeks.

The programs will be facilitated by this amazing, talented, and passionate team of performing artists namely: 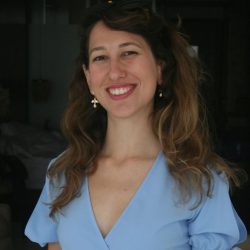 Hila was born, raised, and studied in Tel Aviv, Israel she moved to Vancouver two years ago. Shortly after her arrival she was given the opportunity to merge her love of theatre and education in her role as Education and Outreach Associate with The Arts Club Theatre Company.

Hila is extremely passionate about her role and it emanates from her voice when she speaks about her love for the work she does. Her pride and passion are in engaging various communities with theatre education and harnessing the performing arts for social betterment and change.

Hila has led community-based theatre groups in Vancouver and Tel Aviv where she worked with graduate students, immigrants, youth, seniors, and the disability community.

Hila is an artist member of the UBC Research-Based Theatre Collaborative and holds two bachelor’s degrees: a B.Ed.FA. in Directing and Teaching Theatre from Kibbutzim College in Tel Aviv, and a B.A. from Tel Aviv University’s Multidisciplinary Honors Program in Humanities and Arts. 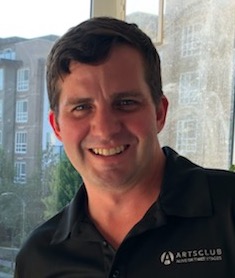 Michael has extensive training and experience in Green Architecture and Technical Design. He holds a Bachelor of Arts Degree in History from Wesleyan University, Connecticut and started a Master’s Degree in Environmental Studies at the University of Pennsylvania.

Michael completed extensive coursework in Architecture and Sustainable Development.  His activities and association were in Theatre, Set Design and Construction.

Early in his career he had the opportunity to work at a variety of small theatre companies off Broadway in Manhattan and Brooklyn where set design and technical direction were his primary functions. He took shifts at the Metropolitan Opera, an experience that elevated his level of stagecraft. He then began working with Puppeteer, Basil Twist in the West Village of Manhattan, soon becoming the full time Technical Director for his Avant Garde Theatre Company, Tandem Otter Productions. There Michael had the opportunity to tour Basil’s shows across the USA, Sweden, and France.

Michael later moved to Philadelphia and spent 2 years at Arcadia University as an instructor in Scenic Design, Production Manager and Managing Director of the Theatre Department.  He later landed at the K-12, Quaker Independent School, Germantown Friends, where he taught stagecraft, set construction, design, lighting and sound to younger students.

In 2018, Michael moved to Vancouver with his wife and child when she accepted a position as Assistant Professor in the Department of Psychology at University of British Columbia. Michael’s expertise in Technical Design and Production Management was quickly recognized and captured by The Arts Club Theatre Company and now we can learn from him having such a wealth of theatrical technical design and stage experience. 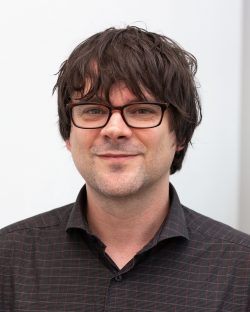 Kevan has an extensive history and career in music education. He started teaching music at an early age and intertwined acting and drama with piano, guitar, and ensemble group lessons. Kevan is a teacher, adjudicator, and creator in the arts for over 25 years.

Kevan is from our neighbourhood, he attended North Delta Secondary School and holds a Performance and Fine Arts Degree from Simon Fraser University. He is the former Director of Education at the Sarah McLachlan School of Music where he worked with at risk youth. Kevan has been with the Arts Club Theatre Company since 2015 and oversees the growth and development of the Arts Club’s education programs, such as Creative Teens, Learn Early About Playwriting (LEAP), Musical Theatre Intensive, Student Workshops and community outreach programming.

At SAGE Foundation the excitement of this continuing forum of expression and human connectivity has us waiting in anticipation of creating a better understanding of all who currently suffer in silence with their adversities of everyday. We all have a story to tell and the stage has the advantage of displaying our explicit expression.

Remain encouraged, remain inspired and join us on this much needed collaborative mission

“I got a feeling there’s a miracle due gonna come true, coming to me. Could it be? Yes, it could. Something’s coming. Something good if I can wait.” – West Side Story

“All that matters now is where I go from here.” – Finding NeverlandFor